We thought we would keep a diary to see how the project progresses. This is not a 'journal' diary but more of a list of actions and responses. It is a way of finding out the quick elements of the build and the slow elements that hold up or stall the project. The project milestones are in green.

Got a note from the LAA from Fiona Stoner with regards to our registration pack as follows "Dear Paul, We are sorry that you have had to chase us for a project registration pack and for the delay in getting back to you. Your enquiry is currently with Francis Donaldson, Chief Engineer, as he needs to write a letter to accompany the project registration pack.  I reminded him yesterday that you are still awaiting the pack and it will be sent to you shortly." So hopefully the pack should be with us soon. In the meantime, we continue to collate materials for the workshop.

This year was spent trying to get the workshop together. It has proved to be a slow process but we are getting there. Finally there is light at the end of the tunnel.

We have called the Light Aircraft Association to see how they are getting on with our registration pack. We are still waiting. We spoke to them at the LAA rally too and they said they would chase it up? Fingers crossed we get some positive news in 2016!

LAA have been in touch and requested more information. Hopefully this will lead to our Registration Pack! Workshop building has stopped due to getting a classic car restoration finished. Work will resume in April. We have insulated the workshop so that it will retain heat and be a pleasant environment to work in. Removing any damp air also helps when working with wood. The insulating has taken time as we are building double skin walls. We wanted a WW1 feel to the workshop and found a chap selling a whole houses worth of WW1 Critall windows on eBay. He was replacing them with Modern UPVC. We told him about our project and he gave us an amazing price for the lot!! The chap in question was the space scientist Tony McDonnell who worked on the Rosetta project as well as studying Moon Rocks for NASA and having an asteroid named after him. He is also a classic car fan with a 1920's Wolseley tucked away in his garage. We have a lot in common! Thanks for the Windows Tony. Pictures below show the windows in our workshop. Wen just have to render and paint the walls and we are done - pretty much.
​

After an email in February 2016 we have not heard anything else from the LAA. We have emailed again to ask of progress for project registration. At today's date we have been waiting 2 years 3 months for a registration pack. Good news is that more people have offered to help and get involved in the project. We now have 3D CAD designers X 2, Vintage aviation woodwork specialists, several pilots and a group of other people from mechanics to saddlers all wanting to be part of it and build Sopwith Triplanes.

Work shop is coming on great. We managed to install the roller shutter door today. Just needs finishing on the door edges and runners and that is another bit moment in the build confined to history:-) Emailed the LAA again! No reply!

I thought the guys at Pent Farm could be my LAA inspector but this is not the case. They put me in touch with Barry Webb who has agreed to meet up in a couple of weeks to talk over the Sopwith Triplane build project.

We had put up the roller shutter door in the workshop but it did not work. So we dismantled it and set about finding the problem. In a nutshell, there were numerous issues. The brake has seized. The rivets and sheared on the motor drum. The switch wiring was causing trips. We worked through the problems and I am pleased to report that our roller shutter door is fully operational. We managed to do some more blockwork and get the supporting timbers for the mezzanine in place around the spiral staircase. We have insulated the clockwork to keep the workshop warm in winter. Next steps are to secure the staircase and get the flooring in on the mezzanine. 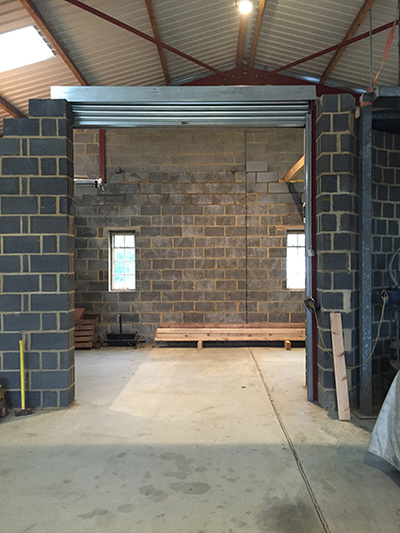 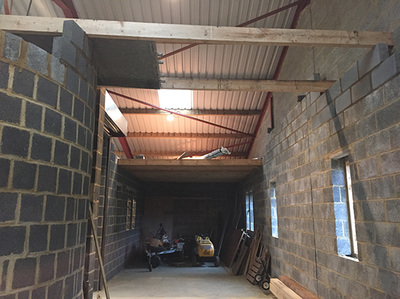 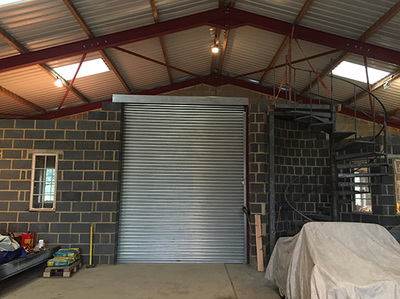 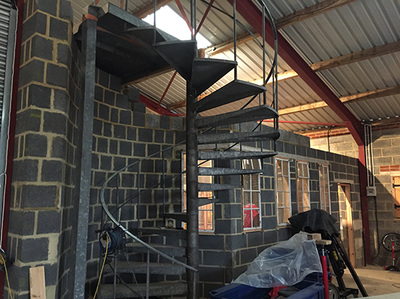 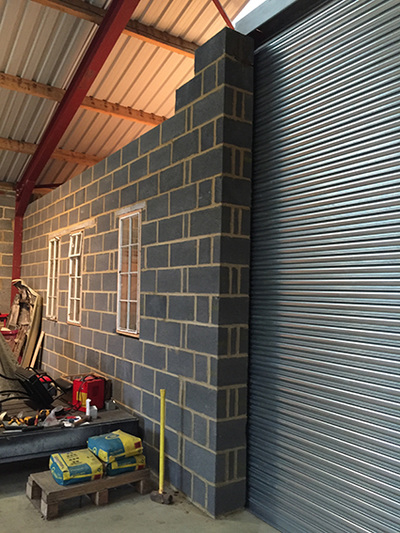 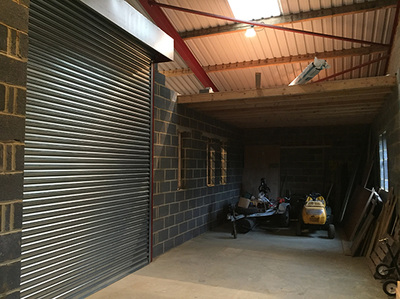 The centre section of our workshop is taller than the 2 sides of our workshop to take the height of the cabana struts. The finished height of a Sopwith triplane is 10 ft 6 in (3.2 m). So we have got around 3.5m clearance. The mezzanine stairs are now locked in to the wooden cross beams.

Flooring going in on the mezzanine 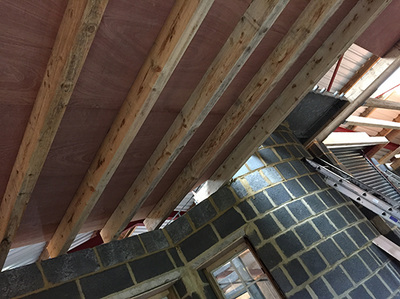 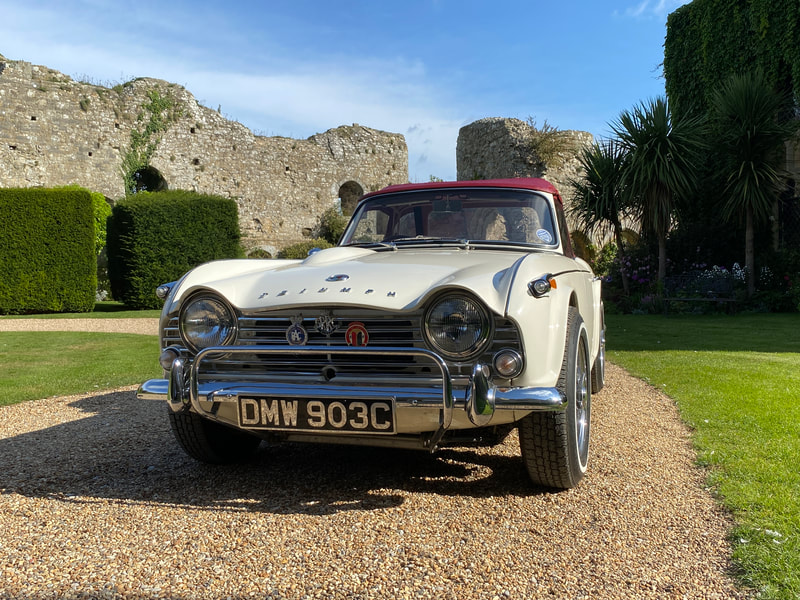 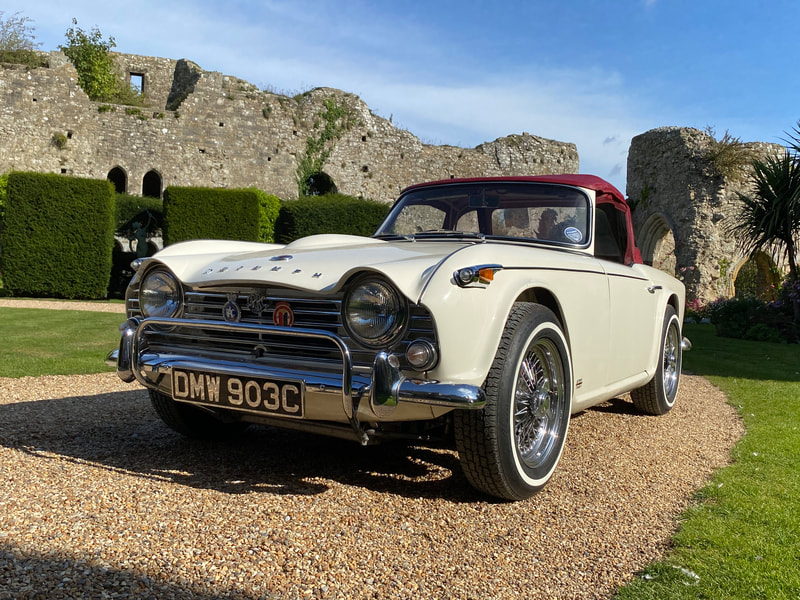 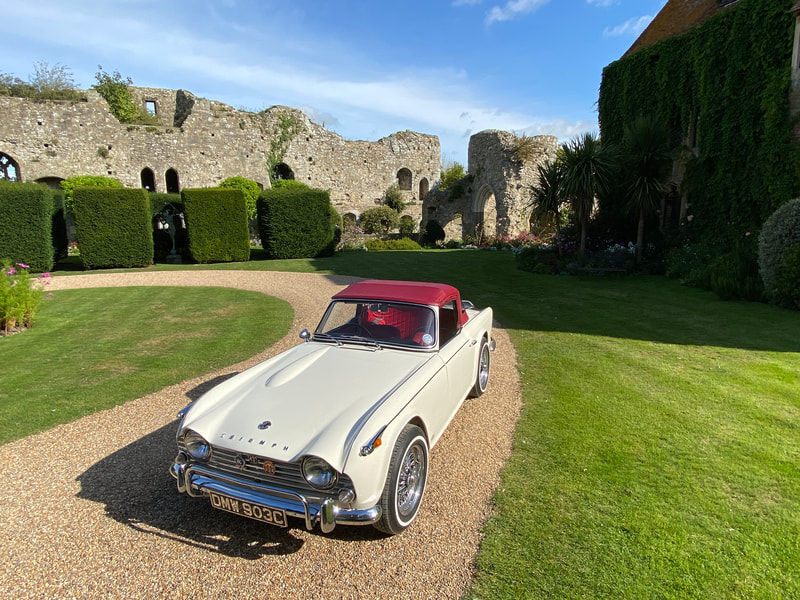 Workshop mezzanine ceiling continues to grow. Hopefully be the end of this week we should have finished this part of the workshop build. Great to see it moving on. The centre section of the mezzanine ceiling is to take the height of the cabane struts of the Sopwith Triplane. We had to do a double check on the height as a Triplane is 3.2m high with the wings fitted. We think there is about 7cm to play with due to the dihedral. Our ceiling height is 3.4m so fingers crossed we have this right? 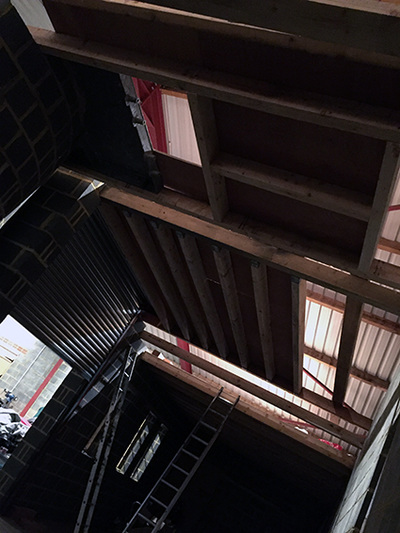 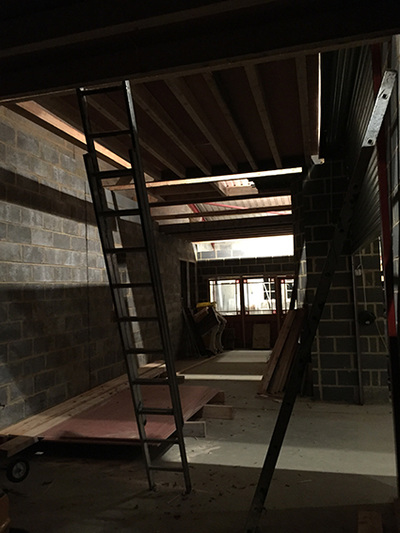 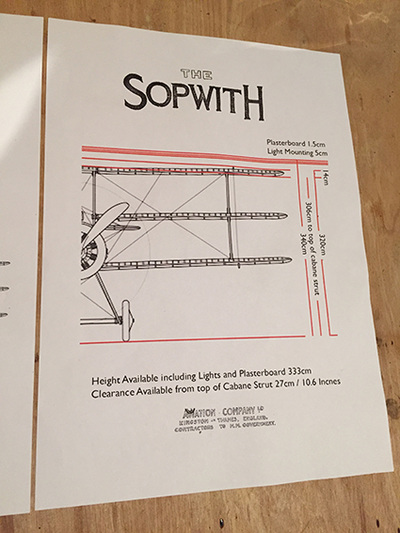 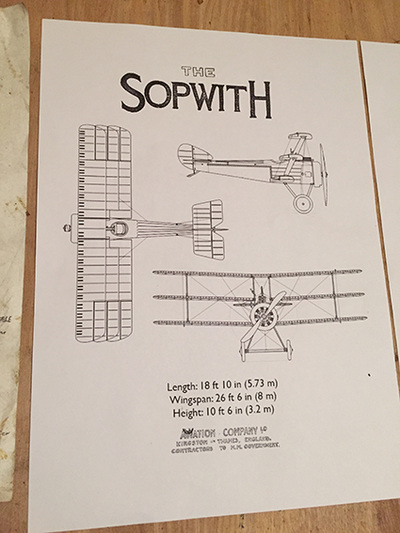